Ritual Zero Proof Whiskey Alternative Was Put to the Test

This is a review of Ritual Zero Proof Whiskey Alternative, including brand recipes taste tested. After having reviewed Ritual’s first two products, I was eager to try their take on non alcoholic whiskey.

Whiskey Alternative smells smoky and tastes sweet like caramel with a hint of spice. There’s also a peppery flavor that lingers in your mouth for a bit after drinking it.

It doesn’t really taste like whiskey and after tastings and mocktail tests, unfortunately, Whiskey Alternative has not impressed.

It’s decent in a non alcoholic whiskey tonic, which brings out the aromatic spices in it, making a sort of “spice tonic” beverage. However, given its lack of success in more mocktails, I would not recommend it, either as a non-alcoholic whiskey substitute or an alternative beverage.

How it’s made: Ritual Zero Proof individually distills each botanical then blends them. The final blend is microfiltered in batches before bottling.

In order to thoughtfully review a product, it must be tested. Here’s the method taken for taste testing:

The beverage has a deep amber color, and it smells quite smoky, but not much like it’s alcoholic counterpart. At first sip, you will taste caramel. It’s sweet and syrupy up front, with a hint of spice in the back.

As for bite? It’s got that too – probably from the peppercorn listed on the label. The pepper really lingers in your mouth, but it’s quite smoky, and doesn’t really taste like whiskey neat. It doesn’t have the mouthfeel or “hot sensation” you get from drinking alcohol.

On ice, Whiskey Alternative is a little brighter in flavor, and a bit more aromatic.

#3 On Ice with Tonic

Whiskey Tonic: 2oz Ritual Whiskey Alternative + 5oz Fever Tree Refreshingly Light Tonic – it’s ok, kinda like a spiced tonic. Throw a lemon wheel in it, and it’s alright. Tastes a little like someone dashed a bunch of aromatic bitters in some tonic, but it’s not bad.

Here are a few brand recommended mocktails featuring Ritual Whiskey Alternative and what they actually taste like:

Saturate sugar cube with bitters or add to simple syrup. Add a dash of plain water. Muddle and mix. Add ice and Ritual whiskey alternative. Stir. Garnish with an orange slice and cherry. Serve in an old fashioned glass.

Verdict: This turned out super sweet, not at all reminiscent of an Old Fashioned. Since the spirit is so sweet to begin with, I tried a few versions to mitigate this, one with more bitters, one with no sugar added, but still no luck. It just seemed to be missing something. The pepper still lingers in your mouth, but the flavors don’t seem to blend enough.

The spirit is really supposed to shine in this drink, and unfortunately, that is not the case with this spirit. Maybe it would excel in another mocktail, where the spirit is blended more with other ingredients…

Fill a shaker with ice, Ritual, vermouth and bitters. Stir gently. Place a cherry in the bottom of a chilled glass and strain the mixture over it. Garnish with an orange slice and a cherry.

Verdict: I can’t get behind this. I love Manhattan cocktails and this is just not a Manhattan. I thought adding a quality vermouth would help it, but it’s just not right. Too sweet, pretty spicy.  It’s almost like a holiday beverage, but something’s off.

Ritual Zero Proof was previously tested in another brand recommended mocktail, Ritual Sweet & Sour in this comparison test with other non-alcoholic whiskeys, but unfortunately it was not that impressive either.

Combine the first three ingredients in a tall glass with ice. Stir until cold. Pour over fresh ice, garnish with cinnamon stick and apple slice, and serve.

Verdict: Just ok. Blend of flavor is better than the Manhattan, but still not a great drink. The cinnamon and apple help. Though it called for one, this recipe did not fill a tall glass for me.

Lightly muddle 8 Mint leaves with simple syrup in a julep cup. Add Whiskey Alternative and fill with crushed ice. Stir until the cup becomes frosty. Top up with ice and garnish with a mint sprig.

Verdict: Nope. Still tastes syrupy and sweet, with the spice on the end. It’s just not like a mint julep at all. And it’s not very good as a beverage either.

Ritual Whiskey Alternative vs Whiskey: How They are Made

Ritual Zero Proof individually distills each botanical then blends them. The final blend is microfiltered in batches before bottling. Distillation is, according to Wikipedia, “the process of separating the components or substances from a liquid mixture by using selective boiling and condensation.”

While alcoholic whiskey does go through distillation, it is made quite differently. First, a grain is malted, then mashed, then fermented. After fermentation, it’s distilled, then aged. This is a basic summary, and there are many variables that can be applied in each step.

Non-alcoholic whiskey doesn’t really have to go through all this, because it doesn’t need to produce alcohol. It is just attempting to smell and taste like whiskey.

It turns out, the alcohol content in a beverage plays a major role in the way we taste and perceive flavors. This makes creating substitutes for alcoholic beverages fairly tricky, because you have to try and recreate the typical flavors, but not necessarily with the exact same ingredients or processes.

After so many mocktail tests, I really wanted to find the perfect beverage for Ritual Whiskey Alternative, but I still haven’t. After tasting a few non-alcoholic whiskeys, it’s clear that emulating the “hot sensation” one gets when drinking whiskey is going to be a major factor in developing a successful substitute.

So far, non-alcoholic whiskey has, in general, been underwhelming compared to other non-alcoholic spirits. None are perfect substitutes, and there are only a few mocktails I would recommend. As for Ritual Whiskey Alternative, I did not find it to be an acceptable non-alcoholic substitute for whiskey, nor did it perform well in alternative beverages, including a low ABV cocktail.

If you’re interested in experimenting with Ritual Zero Proof Whiskey Alternative, you can check the price here on Amazon.

I definitely recommend you check out Ritual Zero Proof Tequila Alternative and Gin Alternative. They are both very unique and make some excellent mocktails.

Storage: Refrigeration not necessary.  Consume within 6 months of opening.

*Nutrition information was found on the bottle and might be subject to change. 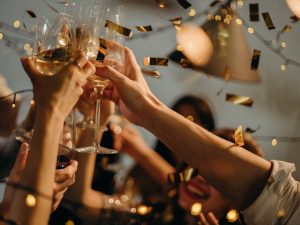 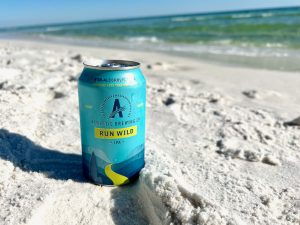 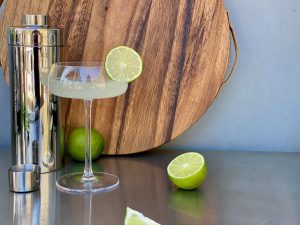 What is a Mocktail? 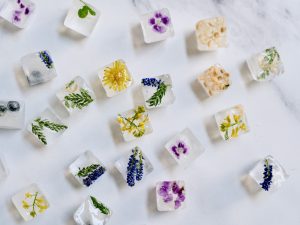 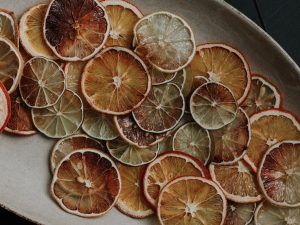 How to Dehydrate Fruit in an Air Fryer for Cocktail Garnish 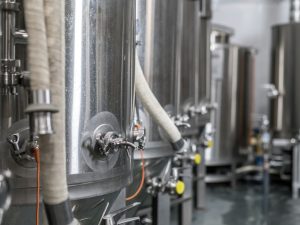