Lagunitas has always been a mainstay in the craft beer industry, but with their recent release of Lagunitas IPNA non-alcoholic beer they have created an excellent product that everyone can enjoy. This review will go through what Lagunitast IPNA tastes like and what makes it such a great choice for anyone who wants to drink alternatively.

Bottom line: Lagunitas IPNA is a unique expression in the Lagunitas line of beers and overall a great non-alcoholic beer. It’s a refreshing drink you can enjoy any time of day.

Lagunitas is a brewery located in Petaluma, California and has been around since 1993. They have a wide variety of beers including IPAs, Pilsners, Stouts, and Saisons to name just a few. One thing they are most popular for is their India Pale Ale (IPA), which Lagunitas IPNA is designed to resemble. Their highly balanced IPAs are favorites for beer lovers around the world.

How is IPA beer made?

IPA is a type of ale that typically has an alcoholic strength from about four to six percent and uses hops as the main ingredient. IPA was first developed in England in the 1800s, though Lagunitas IPNA has been known for its use of American-grown hops rather than English ones.

IPA is a style of beer that has been brewed for centuries and Lagunitas IPNA sticks with the traditional recipe. It is made with malted barley, hops, and yeast which are then fermented at higher temperatures to make the alcohol content clearer than other beers.

Lagunitas Brewing Company dry-hops their IPA and IPNA. Dry-hopping is a technique where hops are added late in fermentation or even after the beer has already fermented. This is supposed to help add complex aromas and flavor that might get lost earlier in the beer making process.

How is Non Alcoholic IPA Made?

Non-alcoholic beer is commonly made by heating beer to dealcoholize it, or make the alcohol evaporate out of it.  This process, however, can affect the delicate flavors that hops impart in a beer.

Lagunitas has taken a different approach to making non-alcoholic beer, which involves removing the yeast throughout the fermentation process, to avoid making alcohol while allowing the hops to impart their flavors.  As mentioned above, Lagunitas IPNA is also dry-hopped with mosaic, citra hops and CTZ hops.

Lagunitas uses the same basic ingredients to make IPNA as they do their signature IPA: hops, malt, yeast and water. However, the specific types of these ingredients can vary. The hops used in IPNA are from Yakima Valley, Washington and include Mosaic, Citra hops and CTZ (Columbus, Tomahawk, and Zeus) hops.

The result is still a flavorful drink that tastes similar to its alcoholic counterpart at first sip without any of the downsides (like hangovers).

Lagunitas IPA vs IPNA: How Do They Taste?

IPNA is full-bodied, refreshing, but only slightly bitter – not exactly like the signature IPA, but it’s still good. It’s easy to drink and tastes like craft beer, but if I was blind tasting this, I would not think it was an IPA. I personally would like it to be more bitter and more crisp, but it’s still a great alcohol free beer.

What’s even better is you save about 100 calories drinking IPNA vs IPA, so IPNA might be a healthier option even if you aren’t looking to cut alcohol. IPNA isn’t one of the lowest calorie alcohol free beers out there, but it’s still better than drinking the alcoholic one.

When to Drink Non-Alcoholic Beer

Non-alcoholic beers are becoming more common as people become more aware of alcohol’s potential harm to their health and Lagunitas IPNA has set a new standard in this growing industry by producing an excellent product that everyone can enjoy.

Non-alcoholic beer has been popular with elite athletes for some time, and may contain some surprising benefits, including electrolytes for hydration. Check out this more in depth article reviewing all the possible benefits of drinking beer without alcohol: Is Non Alcoholic Beer Good For You?

When it comes to pairing IPNA with food, there are some great options. IPNA will pair well with sausage (beer+brats is a classic), but will also complement spicy Asian food as well, like an Indian or Thai curry.

Click here for the best available price of Lagunitas IPNA on Amazon. If Whole Foods is in your area, you can grab a pack with two hour delivery with Amazon Prime.

What Others Say about Lagunitas IPNA

After compiling IPNA reviews from multiple sources, here are the key findings:

Hoppy Refresher is another alcohol free product from Lagunitas, but isn’t exactly beer. It’s more of a carbonated beverage infused with hops.

It’s completely free of calories, sugar, carbs, and gluten – meant to be enjoyed as a beer-like refresher when you can’t have the alcohol. It’s quite refreshing and a fun beverage to enjoy mid-workday or even after a workout.

Lagunitas IPNA vs Other Non-Alcoholic Beer

There is a style of non-alcoholic beer for everyone. There are a multitude of craft beers, and some of the biggest breweries are even making it. When it comes to non-alcoholic craft beer, Lagunitas IPNA is a solid option, but Athletic Brewing makes some of my favorite, especially their Run Wild IPA. It has a crisper, more bitter flavor profile than Lagunitas IPNA. Be sure to check the tasting notes above to decide which sounds better to you.

I believe Lagunitas IPNA beer is a great-tasting non-alcoholic beer, but it doesn’t tastes exactly like a traditional IPA. It has a full but refreshing flavor, tastes like beer and it has a lot fewer calories than a regular beer. The Lagunitas team did an excellent job with this brew, and it’s easy to see why so many people are loving it. I would highly recommend Lagunitas IPNA non-alcoholic IPA beer for anyone who likes to drink alcohol free beers! 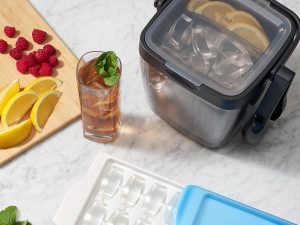 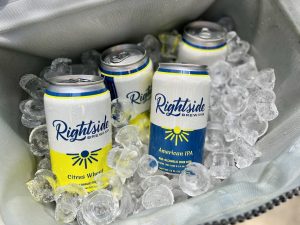 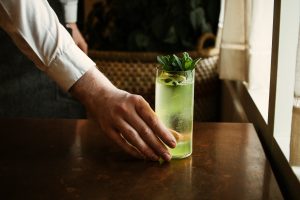 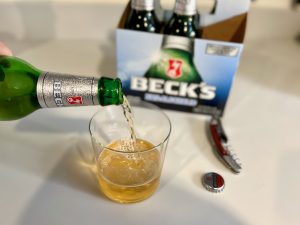 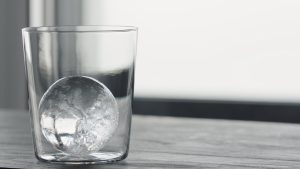